This is a spoiler free record of a play through of the second part of the Dark Waters scenario pack.  After the first part of the scenario one of the characters had died but the others were level two.

The new tables gave a different game compared to the standard rules.  I seemed to earn less treasure perhaps because half the minions in this pack have no treasure and I rolled mostly those.

My dice rolling did generate an unusual dungeon with ten empty rooms/corridors and two Small Dragons.  The party slew the first but received a quest from the second.  After a challenging final confrontation with some minions and a tough Final Boss the party made their way back out of the dungeon fighting wandering monsters.  By the time they'd reached the entrance once more the party had fought six groups of Vermin, nineteen sets of Minions and five Bosses.  They had all made level three which with better dice rolling could have been level four for most.  No Healing spells were left and the Wizard only had two life points remaining.

The map was made up of thirty three rooms though would have been less if I'd kept to a time limit or to the usual maximum map size. 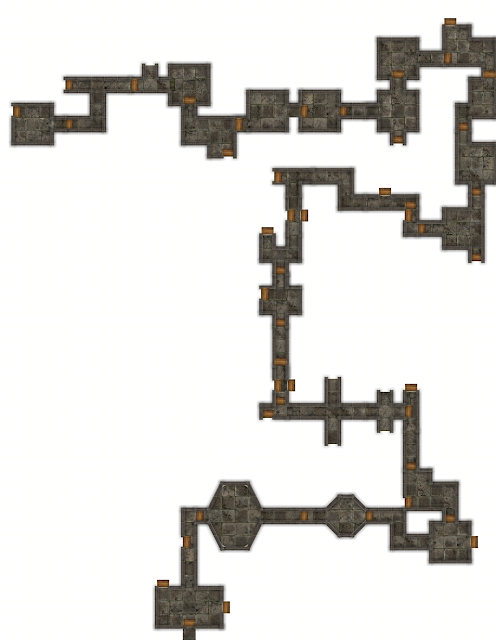